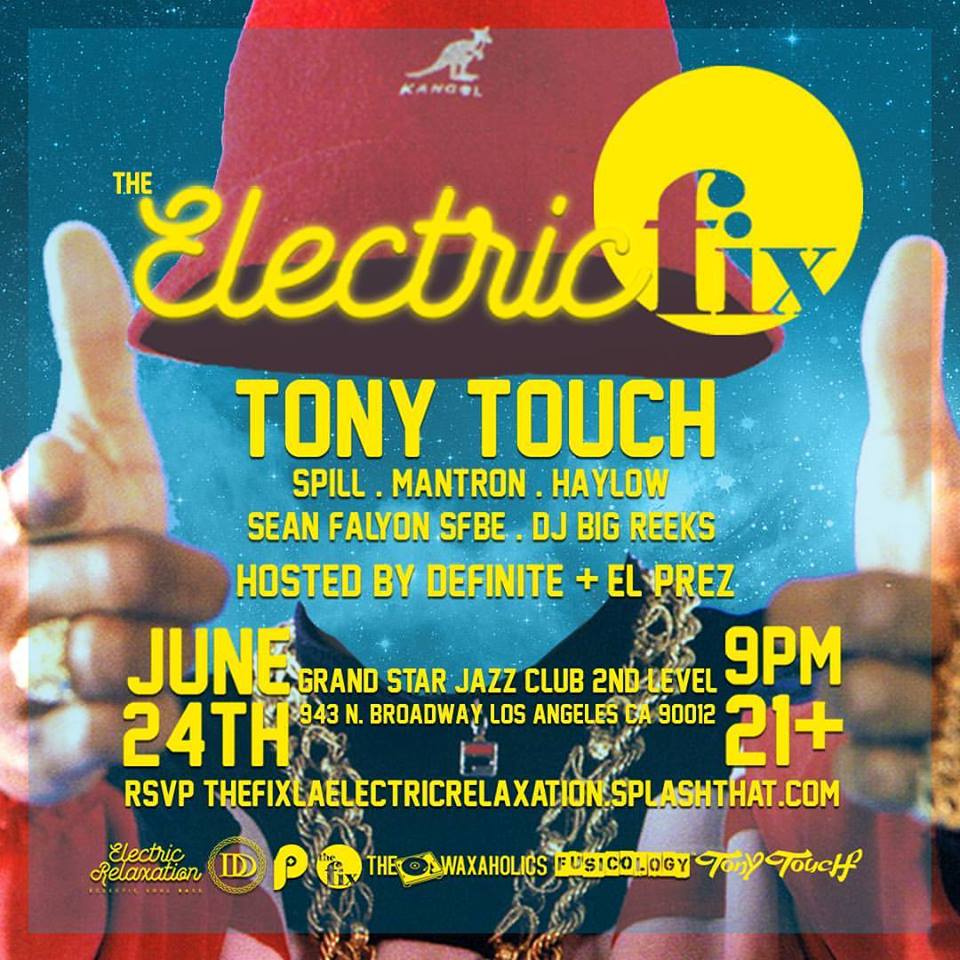 We’re taking this party on the road. “The Fix” is my monthly collaboration with Sean Falyon out of Atlanta. But tonight we collab with our LA peeps for “The Electric Fix“. Sounds by Sean Falyon, Spill, Mantron, and special guest DJ Tony Touch. Hosted by the homie El Prez and Definite. Looking forward to this…fall through. 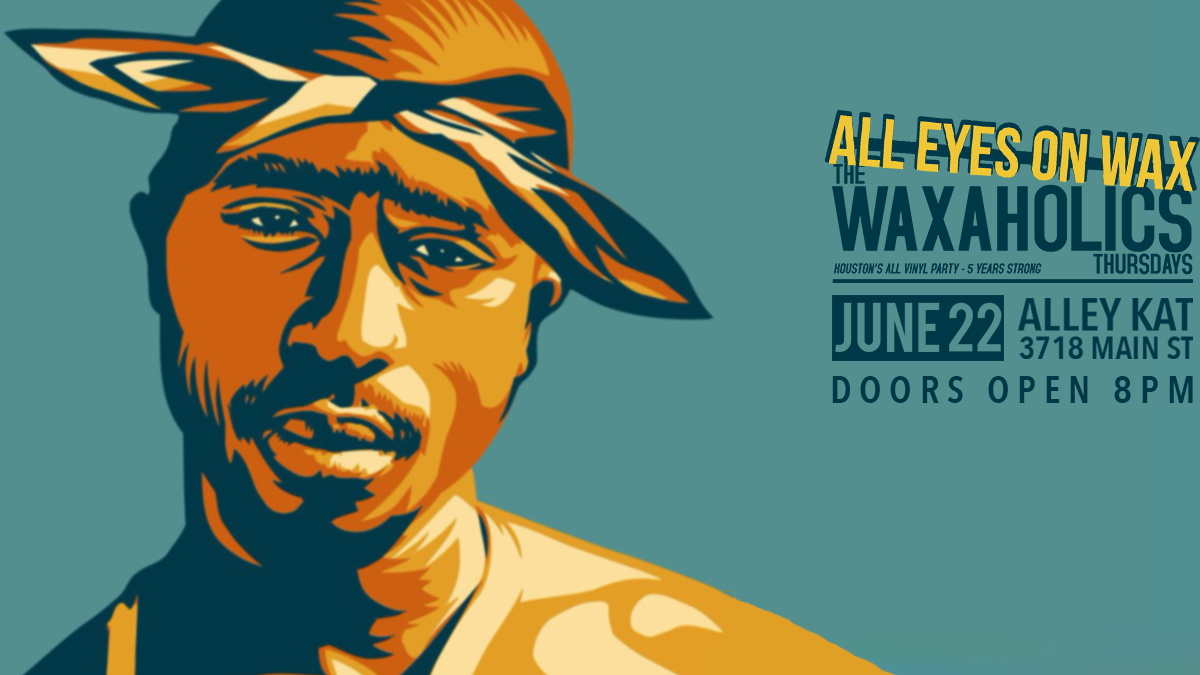 Fresh off of a Kanye West birthday tribute, we go for “another one” with a 2pac and West Coast tribute.  The new bio topic just released in theaters last week, and his birthday just passed, so it was only right. All vinyl hits per our usual Thursday theme, be sure to wear your chucks and get those W’s ready.

Update: Prodigy of Mobb Deep passed away in Las Vegas yesterday morning, more than likely we gotta end the night with some Mobb Deep and company. Sad day in hiphop, but the music always keeps you alive. 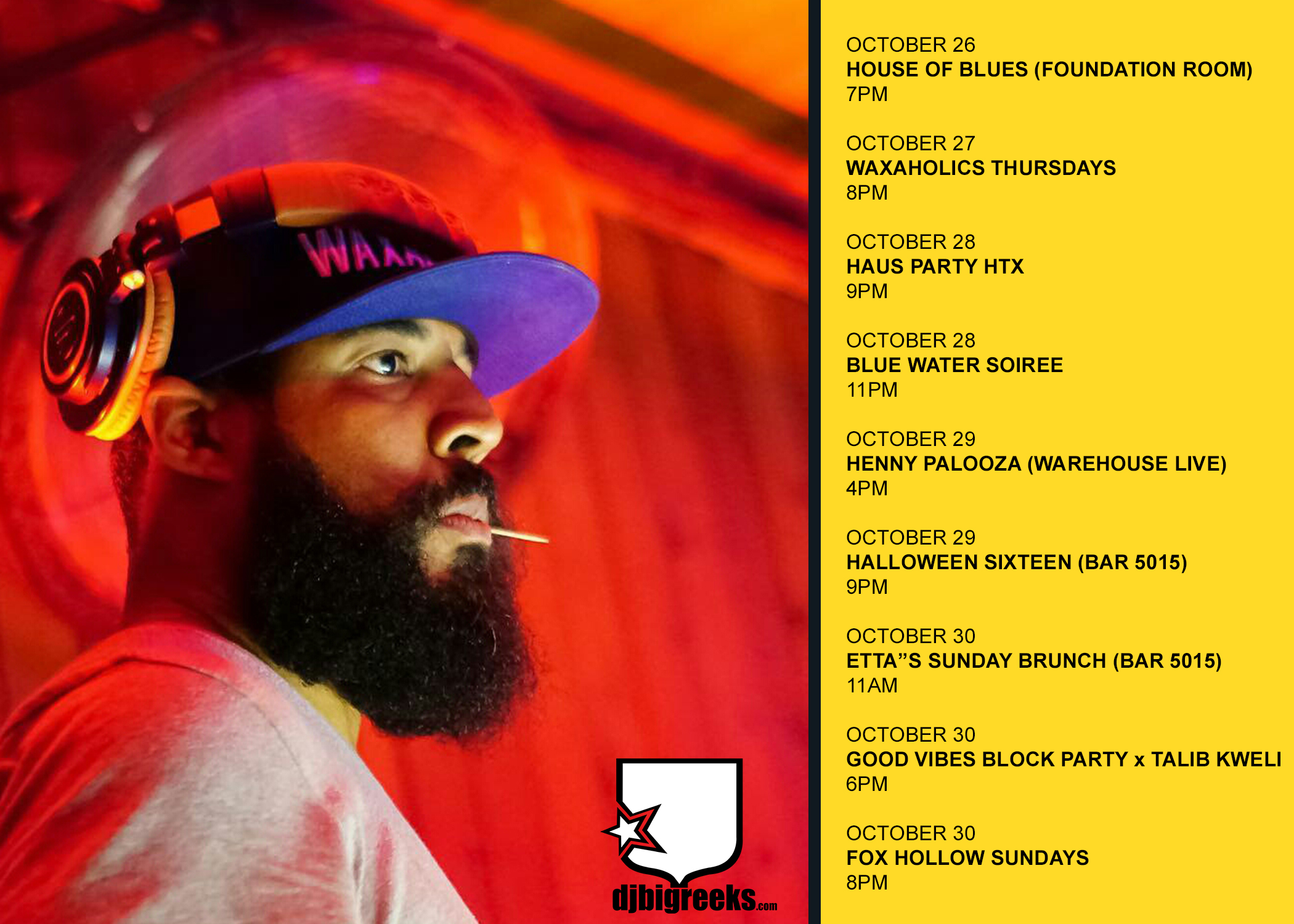 This may very well be the busiest weekend of the year.  So many events and I am looking forward to them all.  Catch me on the turntables for the next 4 days.  And Sunday spinning with Talib Kweli should be a great end to the madness.

Side note: We are also releasing our “Vinyl Things” Waxaholics tee today. Get one while they last. Limited run. 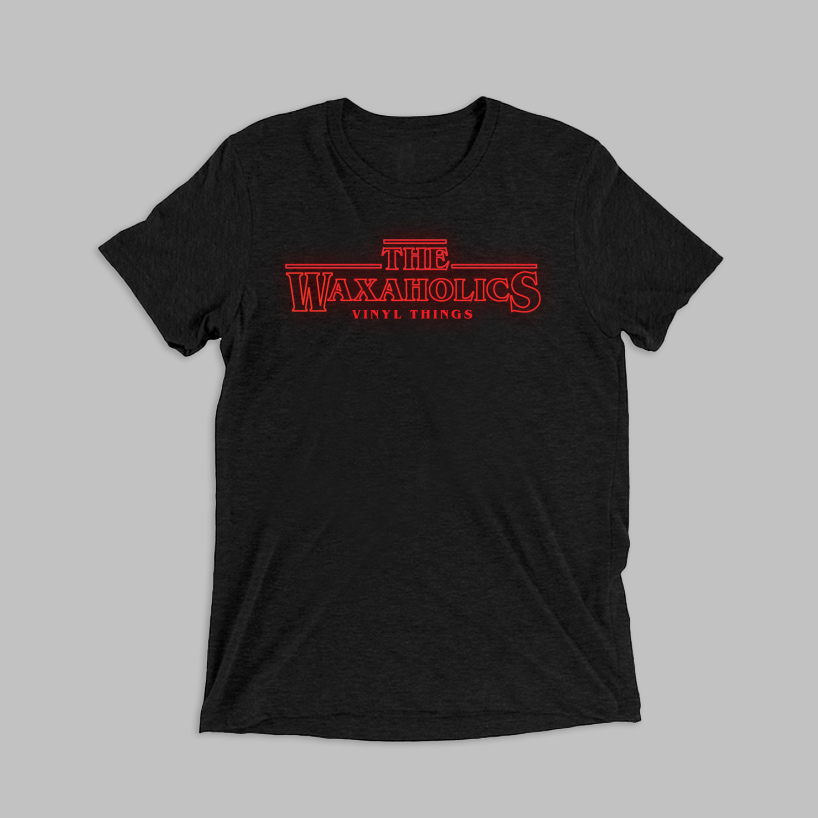 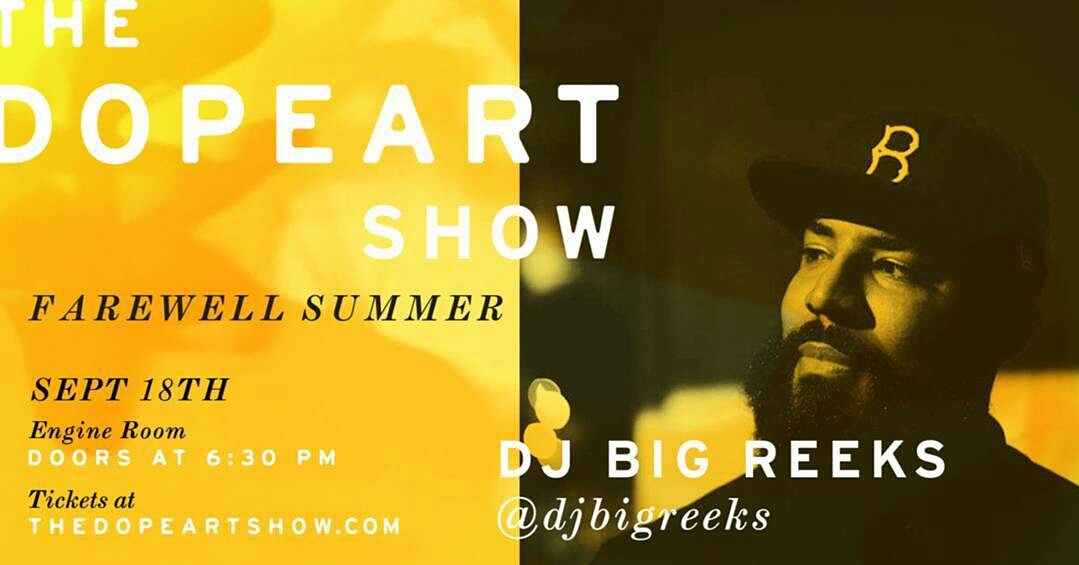 Privileged and honored for this to be my second time deejaying for The Dope Art Show.  My first time was a very unexpected but pleasant experience, so I am looking forward to all the great artist performing and showcasing their talents this go around.

Tickets are still available, so act quick and I will see you there! 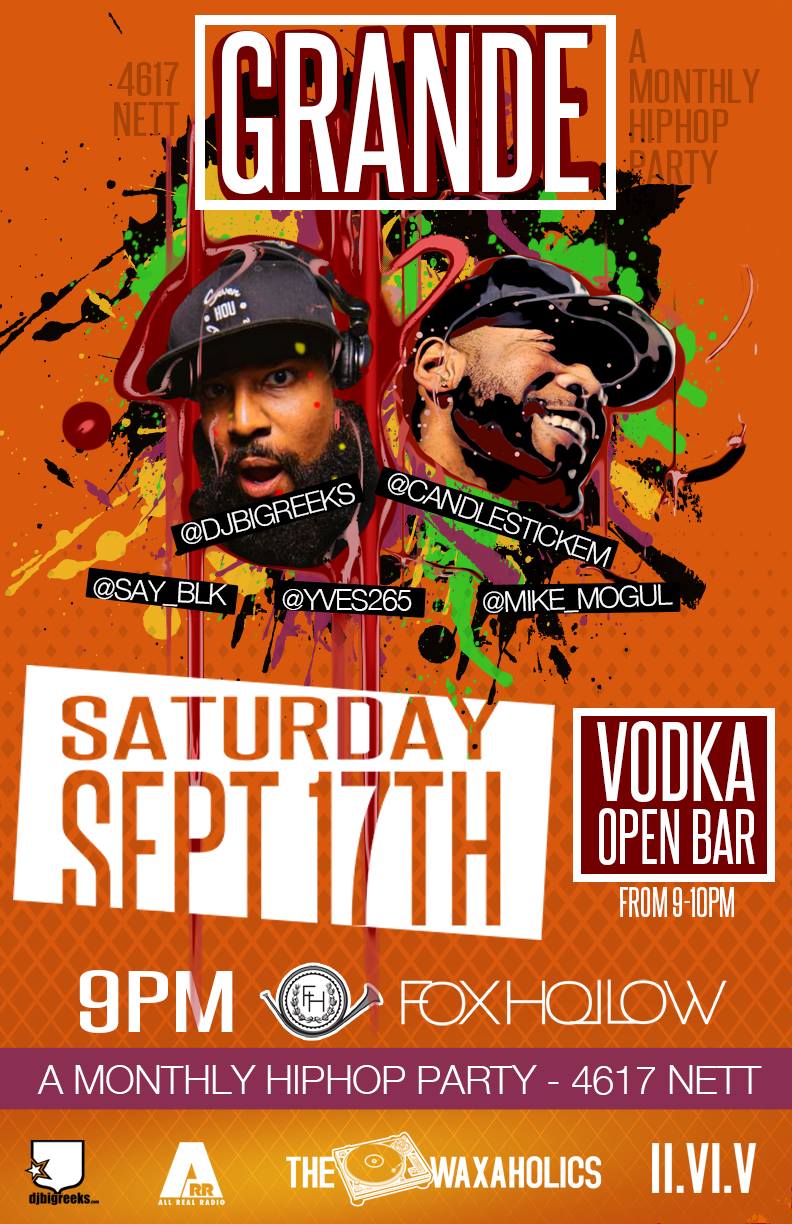 Our monthly hip hop party is back.
Open bar from 9pm to 10pm. Spinning with Chopstar Deejay Candlestick…don’t miss out on the Saturday fun. 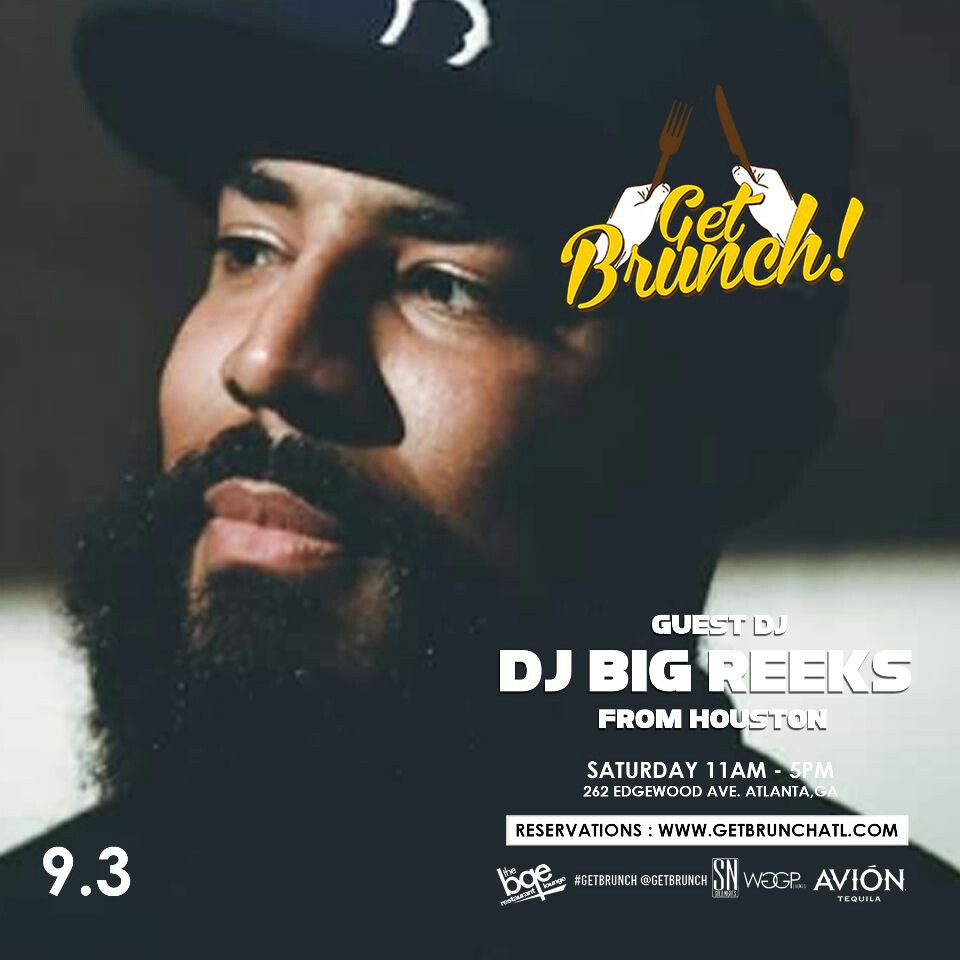 Believe it or not, this will be my first time in Atlanta, other than just driving through when I was a kid headed to Florida.

Saturday you can catch me at the infamous “GET BRUNCH” party spinning chill R&B vibes for the early afternoon.  Then Sunday I will be spinning Waxaholics style with All Vinyl Everything.  Check out the flyers below and Facebook invite for more details.

Huge shout outs to Sean Falon, Su Solo, and Deejay Dibiase for bringing me out for these events, I am looking forward to rocking with these guys and enjoying ATL to the fullest. 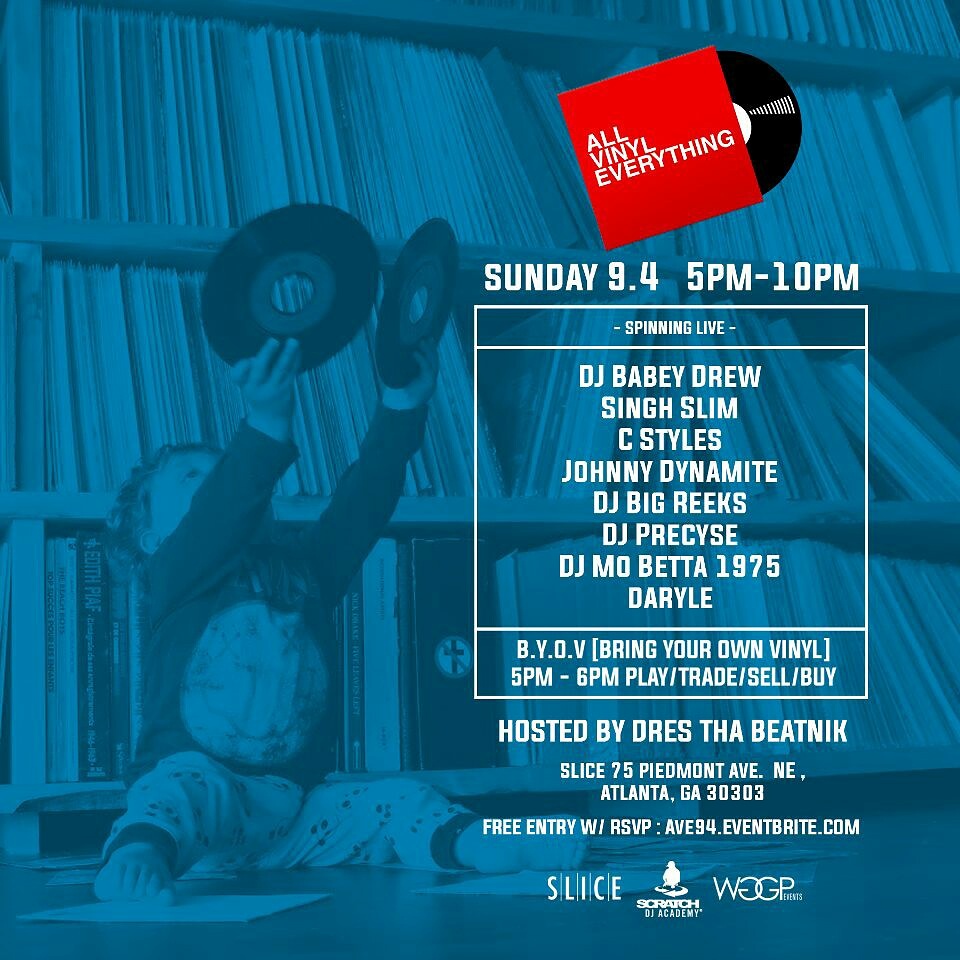 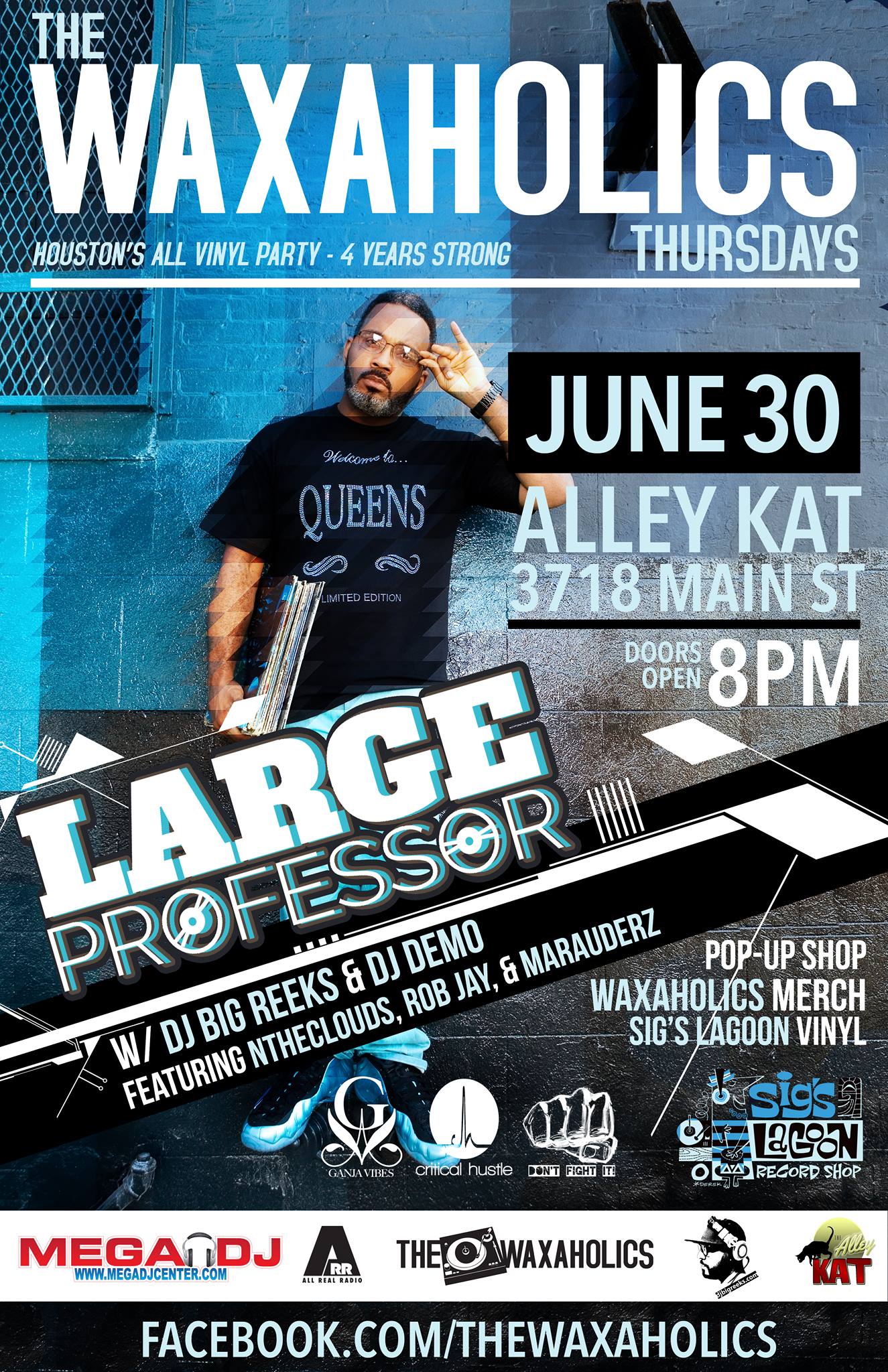 A great ending to a bitter beginning and unpredictable circumstances, but that is the way of life.  Just before the show, Large P’s vehicle was burglarized and all of his vinyl, laptop, and hard drives were taken.  This type of incident could have cause the Harlem native to cancel the show in its entirety, but he was having none of it.  Large Professor maintained a positive attitude and tore the house down in Houston!

One of the more electric MC’s that I have witnessed this year, and I had the pleasure of being the deejay (unfortunate, but exciting) for his performance.

Opening performances from my homies NtheClouds, Rob Jay, and Mauraderz.

Video and pictures coming soon, its been a great year. 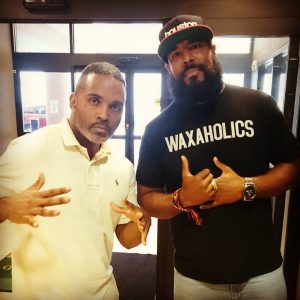 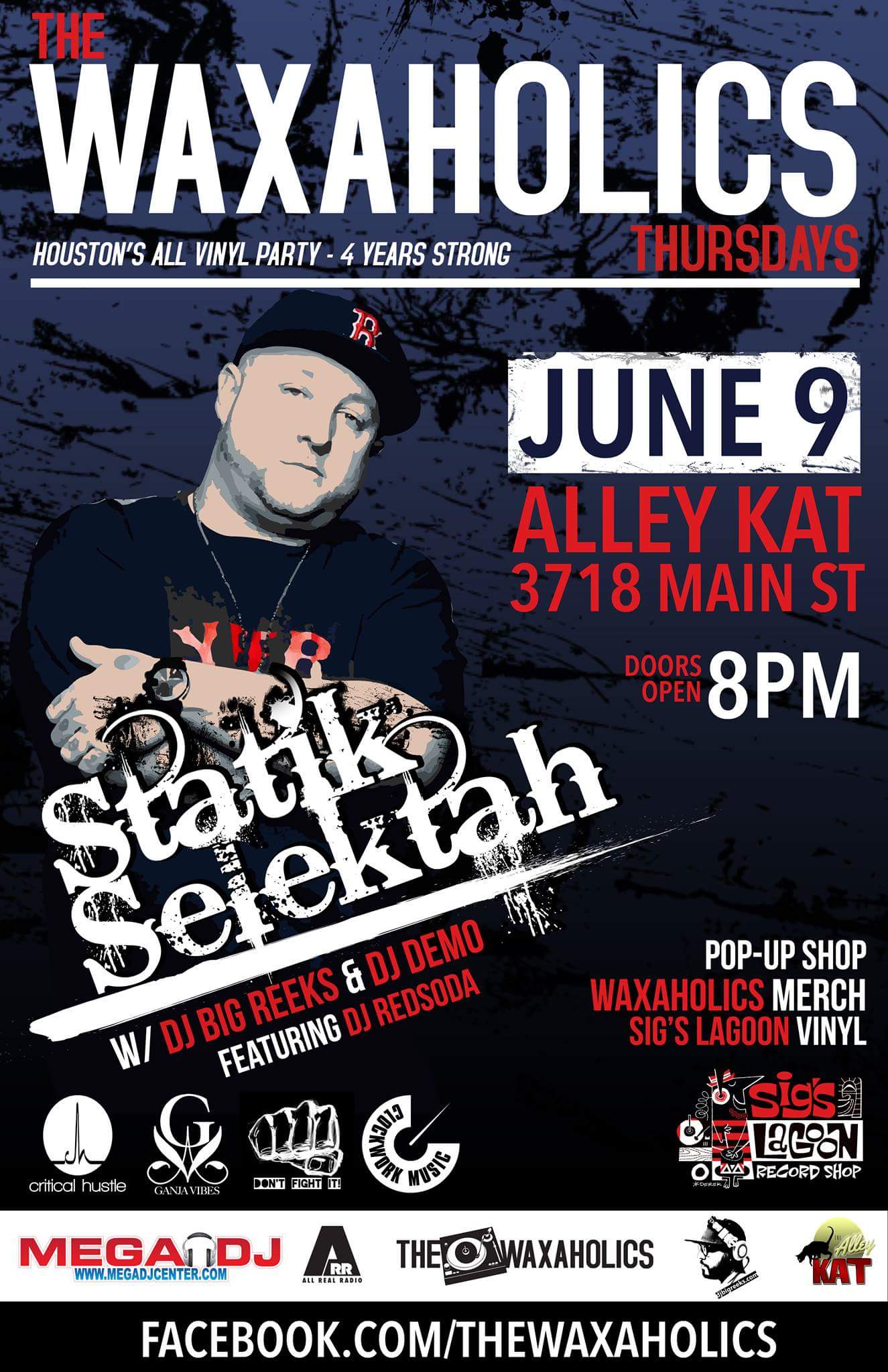 The homie Statik Selektah came through to Houston and dropped a vinyl set which included some of his own self produced songs.

It’s pretty damn cool to be able to play your own vinyl in this day and age, and Statik did it very well.  On top of that he played some classics from every genre including house and funk.

On a side note, the day before the show I called up Statik to have a quick interview on Wax Wednesdays. Somehow I ended up on the phone with Ice T talking Law & Order SVU.  I can’t make that up, I will have to post the audio later.

Peep the video below, shot and edited by Danny Ocean.